Happy Spring, oh creative ones!
My favorite band these days is Elephant Revival, and in one of their songs they sing:
Go and sing to the mountain
Go and sing to the moon
Go and sing to just about everything
Because everything is you
Embracing the idea that “everything is you”, I will be facilitating Story Seekers, a creative writing retreat at the Opal Creek Ancient Forest Center from May 28-29th.
With dynamic writing exercises as our guides, we will explore the ancient forest and the bluegreen creek that runs through it in search of beauty, wonder, transformation, destruction, healing, and rebirth.
The objects of our attention will then act as mirrors that deliver some of our deepest, juiciest, and grittiest stories into the light of the dappled forest. 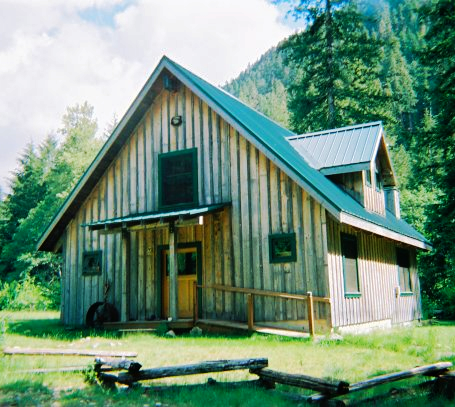 For two days and one cozy night, the kind folks at Opal Creek will feed us vegetarian food and teach us about the landscape. We’ll spend Saturday night laughing around a wood stove and our days exploring the woods like the free spirits we all are at our core.
For more information and registration, follow this link to Opal Creek’s website.
I hope to see you in the forest soon!
In love and wildness,
Becca
P.S. If you want to see Elephant Revival play this song, check it out here: https://www.youtube.com/watch?v=KCYUDBYpv0g

Description: The poet Mary Oliver writes, “Let me keep my mind on what matters… which is mostly standing still and learning to be astonished.” In this creative writing retreat, we will immerse ourselves in the wild landscape of Opal Creek so that we, too, may become astonished.

We will explore the ancient forest with our senses wide open, allowing objects of intrigue to awaken the stories inside us.

With the help of prompts that invite interaction with the Opal Creek Wilderness, we will generate pieces of writing that are as wild and alive as the woods and rushing waters that inspired them. By the end of the weekend, we will each have a creatively rendered record of our discoveries and a variety of story seeds to take home. This retreat is a great opportunity for writers, artists, teachers, and anybody else who wants to break through blocks and access the wild and creative force howling inside us all.

10am-4:30pm at The Artifactory at Atlan Center

Description: If you’ve ever stared at a blank canvas or empty notebook, yo know how paralyzing it can be to enter such boundless terrain. While there is a certain appeal to unlimited possibility, our creative selves thrive when they have just enough structure to run truly wild within.

In this day-long painting and creative writing retreat, we will set ourselves free by utilizing overlapping circular compositions as a portal into the painting process and our own creative genius. Guided writing exercises take us deeper into the territory we explore through our paintings.

No matter your starting point, we will engage in a process that is at once playful and focused, bound by form and exploding with potential. Using artist-grade acrylic paints, we will each complete three colorful wooden panels to take home as aesthetic reminders that with just the right amount of structure, you can indeed, hold infinity.

Instructors: Jazz-minh Moore received her BFA from Cornish College of the Arts and MFA from CSULB, both in Drawing and Painting. She has exhibited widely and been featured in various publications, including New York Magazine, the Huffington Post, Zingmagazine and the Village Voice.  Moore has taught Color Theory and painting at university level, organized community painting events and also worked to bring the Arts to under-privileged children on both coasts, through Time In Children’s Arts Initiative and Artsbridge Scholar Program. She is currently transitioning back to the Northwest after living for seven years in New York City, where her work is represented by Claire Oliver Gallery.

Becca Deysach, M.S., teaches creative writing and environmental studies for Prescott College and facilitates writing programs at Breitenbush Hot Springs Retreat and Conference Center and Opal Creek Ancient Forest Center. Her writing has appeared in Terrain, Mamalode, MsFit, The Whitefish Review, Nervy Girl, Punk Planet,  and other literary journals and magazines. When she’s not teaching and writing in beautiful places, you can find her galavanting in the Central Cascades, cooking dinner for friends, or drawing in her wee cabin.

Do you know the band Elephant Revival? I was introduced to them last summer in the Breitenbush kitchen and have been thoroughly obsessed with them ever since.

And then this winter, while I was in the swampy depths of heartache–both for the painful way a lover and a friend treated me and the way I treated a friend–I heard these words: “Let the fires burn tonight, let the jugs of wine get drunk. Let the truth be known tonight, don’t go let yourself hide….”

Those words became a prayer I haven’t stopped singing since. So now I’m going to evangelize and share the love with you. Check out one of Elephant Revival’s live recording of Sing to the Mountain here. And then keep listening to the whole damn set. They’re so good.

And if you can play the guitar at least as mediocrely as me, you can use the chords I wrote…