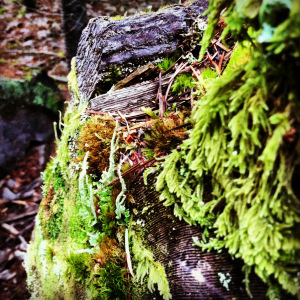 Since the 19th anniversary of my dad’s death a couple days ago, I’ve been thinking a lot about death and what that really means.

Earlier this summer, the friend of a good friend of mine died suddenly. So from the edge of my tent porch, I scribbled some lines of Walt Whitman for him and drew a section of the nurse stump I stared at day after day.

Out of the crumbling remains of an old tree stump sprang a vine maple at least ten feet high and mounds of furry mosses, lichens, and fungus. I think one of my favorite things about these Oregon woods are the ubiquitous reminders that life and death are so deeply intertwined. Just as Whitman says:

I wish I could translate the hints about the dead young men and women,

And the hints about old men and mothers, and the offspring taken soon out of their laps. 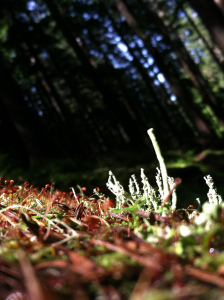